Reunion Mass this Sunday in Chapel 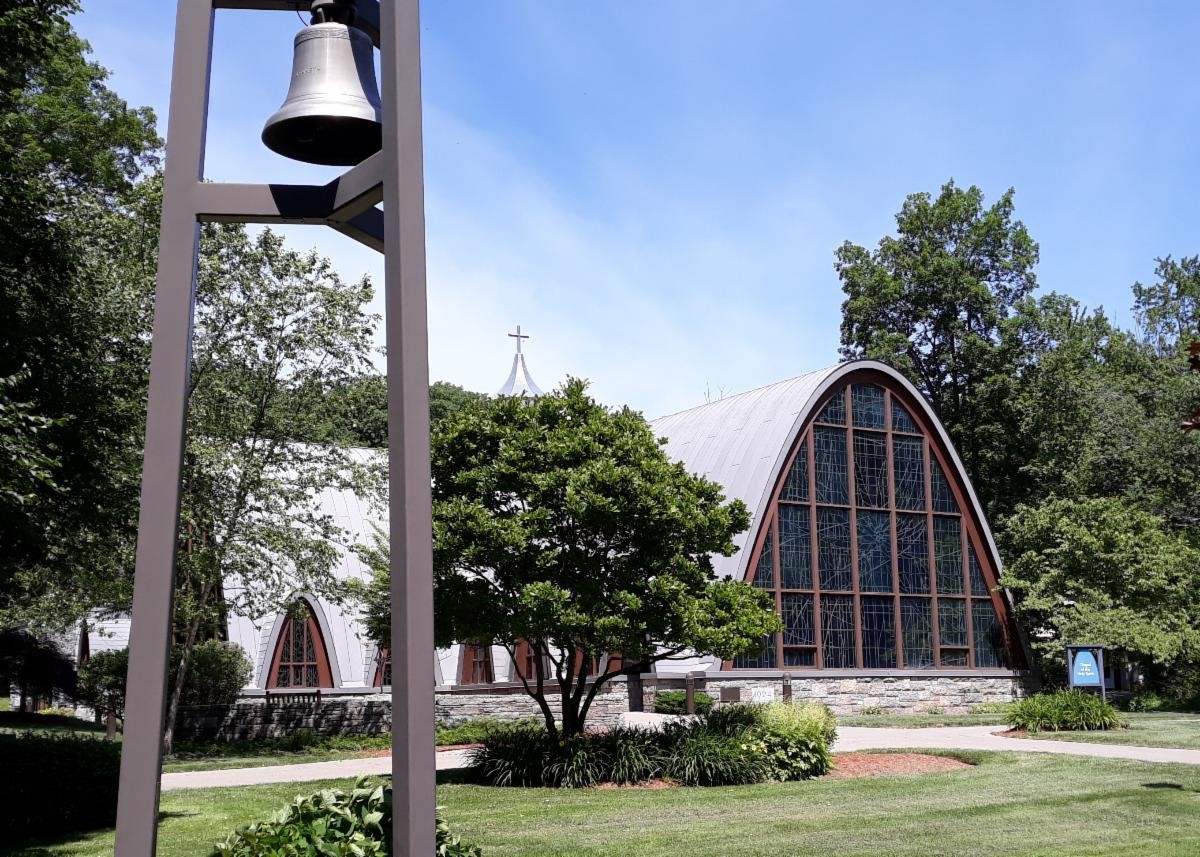 The 10 AM Mass in the Chapel of the Holy Spirit this Sunday, June 12 will be the Reunion Weekend Mass. There will be plenty of room for everyone in the Chapel, including members of Assumption’s Class of 1972 who will be celebrating their 50th anniversary. We are delighted to welcome back Jane Shivick who will serve as cantor for the Mass, along with John Hickey who will be the organist. 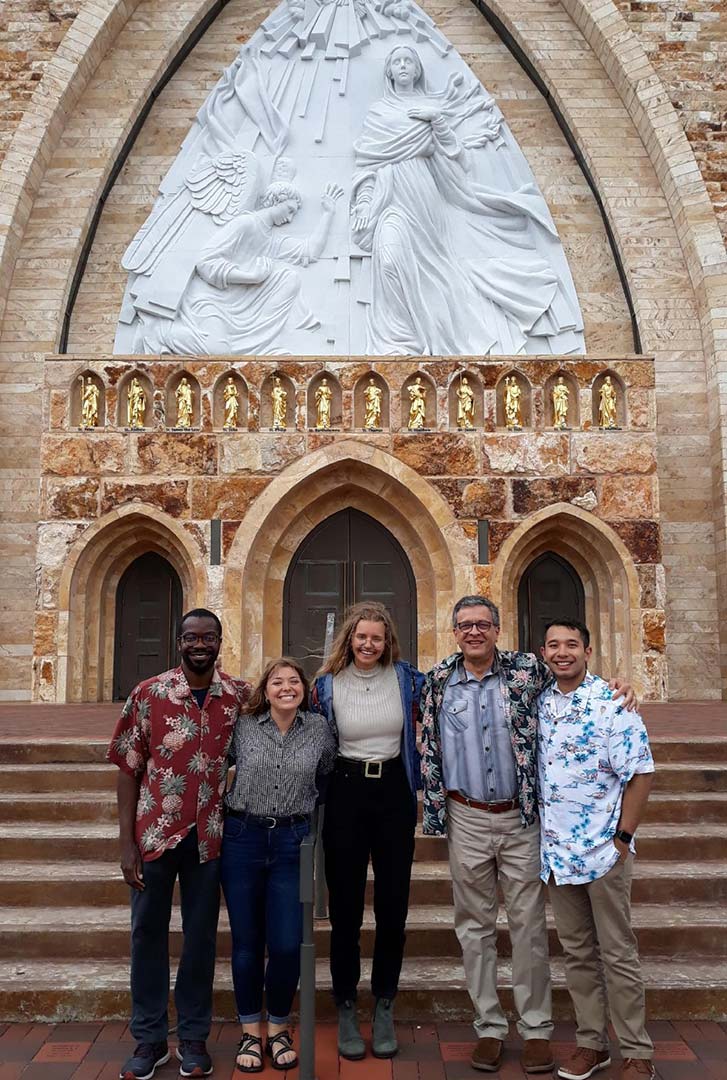 Deacon Paul Covino joined the members of Campus Ministry’s FOCUS team for two days during their summer training at Ave Maria University in Florida this week. Pictured above in front of the church on Ave Maria’s campus are (left to right) new FOCUS team director Kevin Donkor, returning team member Marie Volcko, returning team member Alexine Siwy, Deacon Paul, and new team member Paul Farruggia. Kevin graduated from the University of Notre Dame in 2012 and has served as a FOCUS missionary for six years at three other schools: George Washington University, Brown University and the University of Pennsylvania. Paul graduated last month from Mount St. Mary’s University. Thanks to Alexine for the tropical shirts which were very appropriate for the 90 degree temperatures and 90 percent humidity in south Florida! 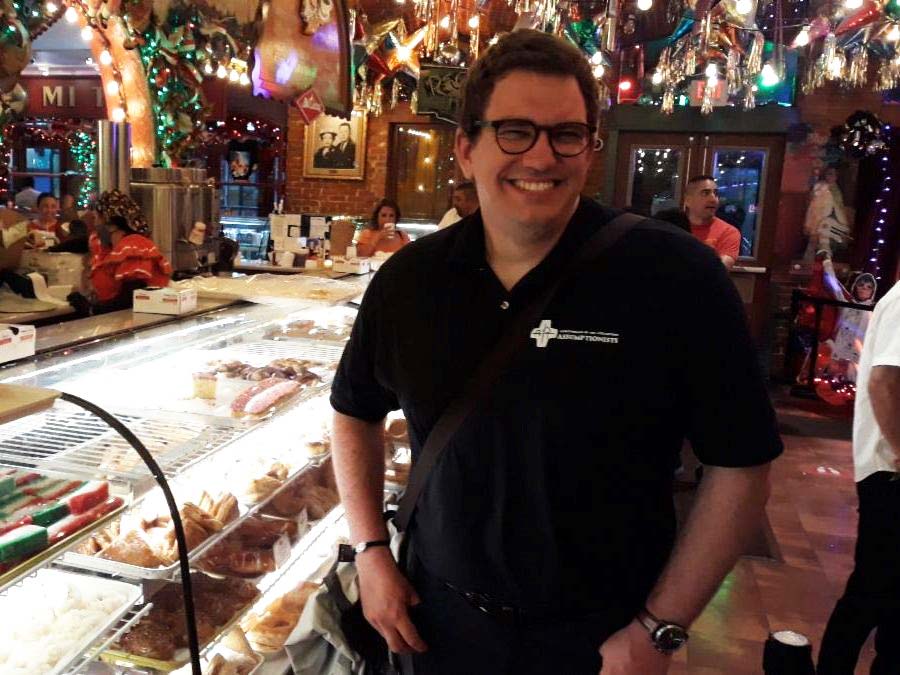 Deacon Paul and Brother Daniele Caglioni, A.A. participated in the Catholic Campus Ministry Association conference in San Antonio, Texas at the end of May. The conference gathered over 200 Catholic campus ministers from colleges and universities all over the United States for three days of learning, prayer, fellowship, and enjoying the local food (as you can see from the picture above of Brother Daniele!). San Antonio Archbishop Gustavo Garcia-Siller was unable to preside at the conference Mass because he was 80 miles west in Uvalde where he was consoling the families of those who were killed in the school shooting. 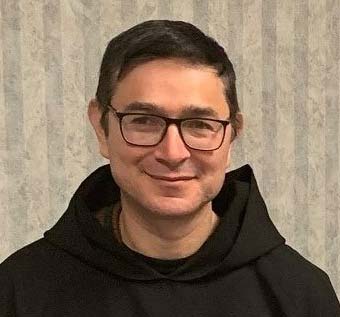 Brother Hugo Ballesteros, A.A. will be moving to the Assumptionist residence in Brighton, Massachusetts later this summer as he prepares to begin the Masters degree program in Hispanic Ministry and Theology at Boston College. This is one of the premier academic programs of its kind in the country, and we wish Brother Hugo God’s many blessings as he begins this program. We are grateful to Brother Hugo for his ministry to Hispanic members of the Assumption community during his time here, including his work with the Encuentro group for Hispanic/Latinx students.