Augustinians of the Assumption - United States In 1995, the Augustinians of the Assumption, sponsors of Assumption College, celebrated the 100th anniversary of the establishment of their first community in the United States. Here, in brief, is the story of our presence in America.

The story began in France in the year 1850, when Venerable Emmanuel d’Alzon founded the Assumptionists to work for the coming of the reign of Jesus Christ in human hearts, in society and in the world, and to give a doctrinal, ecumenical and social dimension to all their works. D’Alzon’s broad vision would take Assumptionists to many countries throughout the world both in his lifetime and after. In 1889, Fr. François Picard, the successor of Emmanuel d’Alzon, wrote the following from France: “in our country of revolution, a house in South America is not to be disdained, and a foundation in the United States would be desirable.”

Fr. Brun and the Little Sisters arrived in New York on Sunday, April 19, 1891. Fr. Brun, one of the original disciples of the Founder, Venerable Emmanuel d’Alzon, was an able and energetic Assumptionist, and one of the few fluent in English. He worked diligently for four years to establish a community in America. It was not until after his death on January 15, 1895, that the ship containing other Assumptionists arrived in New York Harbor. Fr. Brun’s death gave life to the first Assumptionist Community in North America in the Fall of 1895.

The Assumptionists have had two major apostolates in the United States – the Hispanic Ministry in New York City and the educational mission that led to Assumption College in Worcester. In 1901, Cardinal Corrigan received notice from the Assumptionists that they would accept apostolic work among the growing Hispanic population of New York City – “to do our work for the Spanish speaking people,” as he wrote to them. It was thus that the Assumptionists founded, in February of 1902, the parish of Our Lady of Guadalupe, on 14th Street in Manhattan. This parish, still in our care, is a commitment to diverse peoples from many different Hispanic countries. 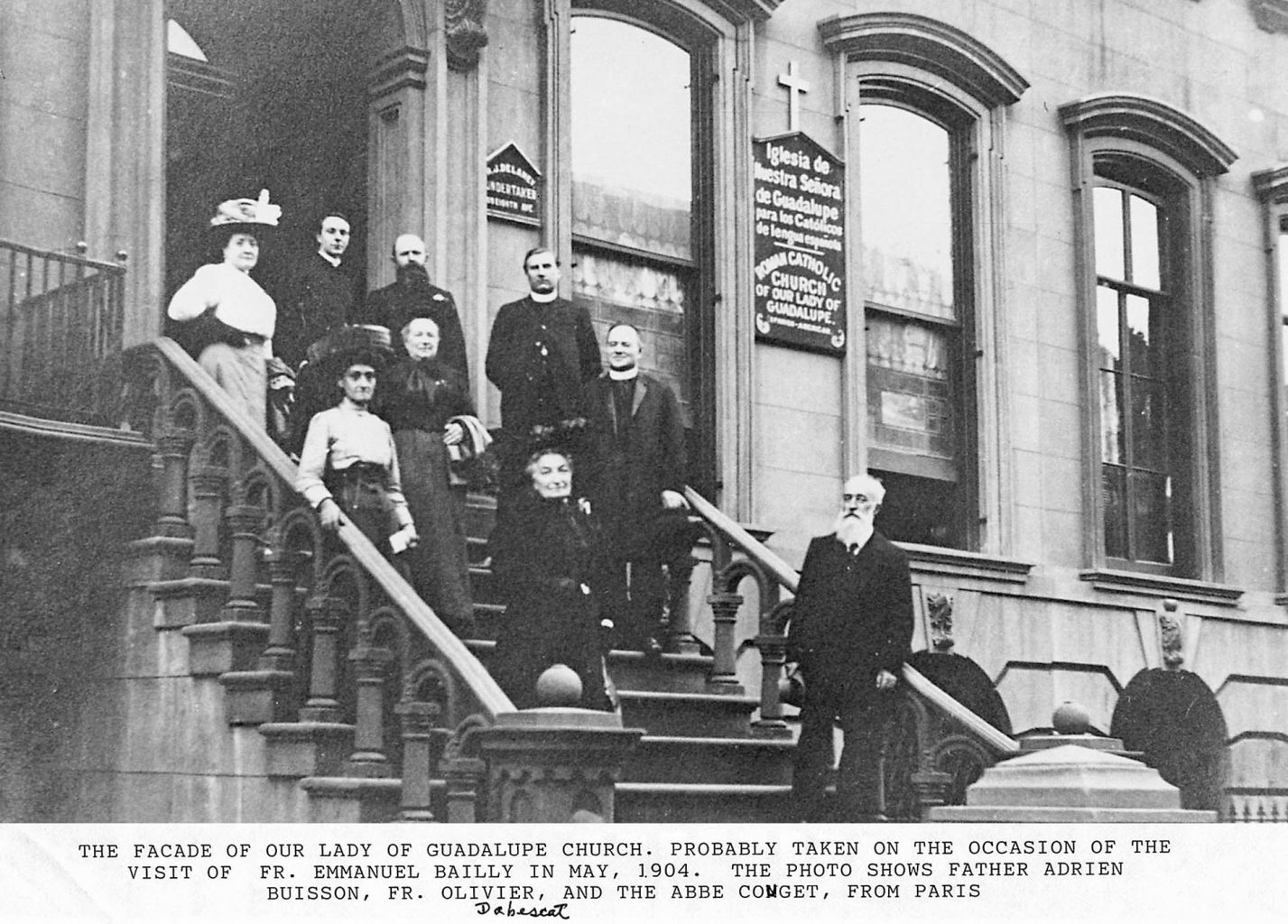 At about the same time, Bishop Thomas D. Beavan of the Diocese of Springfield, Massachusetts, extended an invitation to some of the Assumptionists to relocate to his diocese and to found a school. After a failed attempt to open an agricultural school in Granby, the city of Worcester (which until 1950 was part of the Springfield Diocese) was chosen as the place to found a school “for the religious, classical, and scientific training and education of young men.” The Assumptionists were able to acquire land on Fales Street in the Greendale section of Worcester, and 4 students were enrolled in the Fall of 1904. The school expanded steadily, and, by mid-century, numbered around 400 students. In 1950, the Assumptionists celebrated both the 100th anniversary of their founding and the granting of a University Charter by the Commonwealth of Massachusetts. Assumption was dealt a devastating blow on Tuesday, June 9, 1953, when a tornado struck the campus, claiming the life of an Assumptionist and two religious sisters. In the face of damage estimated at over 4 million dollars, the Assumptionists decided to raise money to rebuild the school. The decision was also made to use the Greendale site as the location of the prep school, and to relocate the college.

By 1955, construction of 5 new buildings began on 95 acres of land purchased on Salisbury Street. The College entered a new era in 1969 when about 120 women enrolled as Assumption’s first co-ed class. Today, Assumption College continues to offer a Catholic liberal arts education to almost 2000 young men and women. The Assumptionist presence in America these past 100 years has been rich in God’s mercy and grace; we have many reasons to look back, to look forward and to look around. We look back with thanksgiving for a century of presence and mission; we look forward with renewed hope in Jesus Christ and fresh zeal for the extension of the Kingdom of God. We enter our second century with faith in Christ’s manifold presence, in those who work with us, in those we serve and in those who serve us, we are deeply grateful.