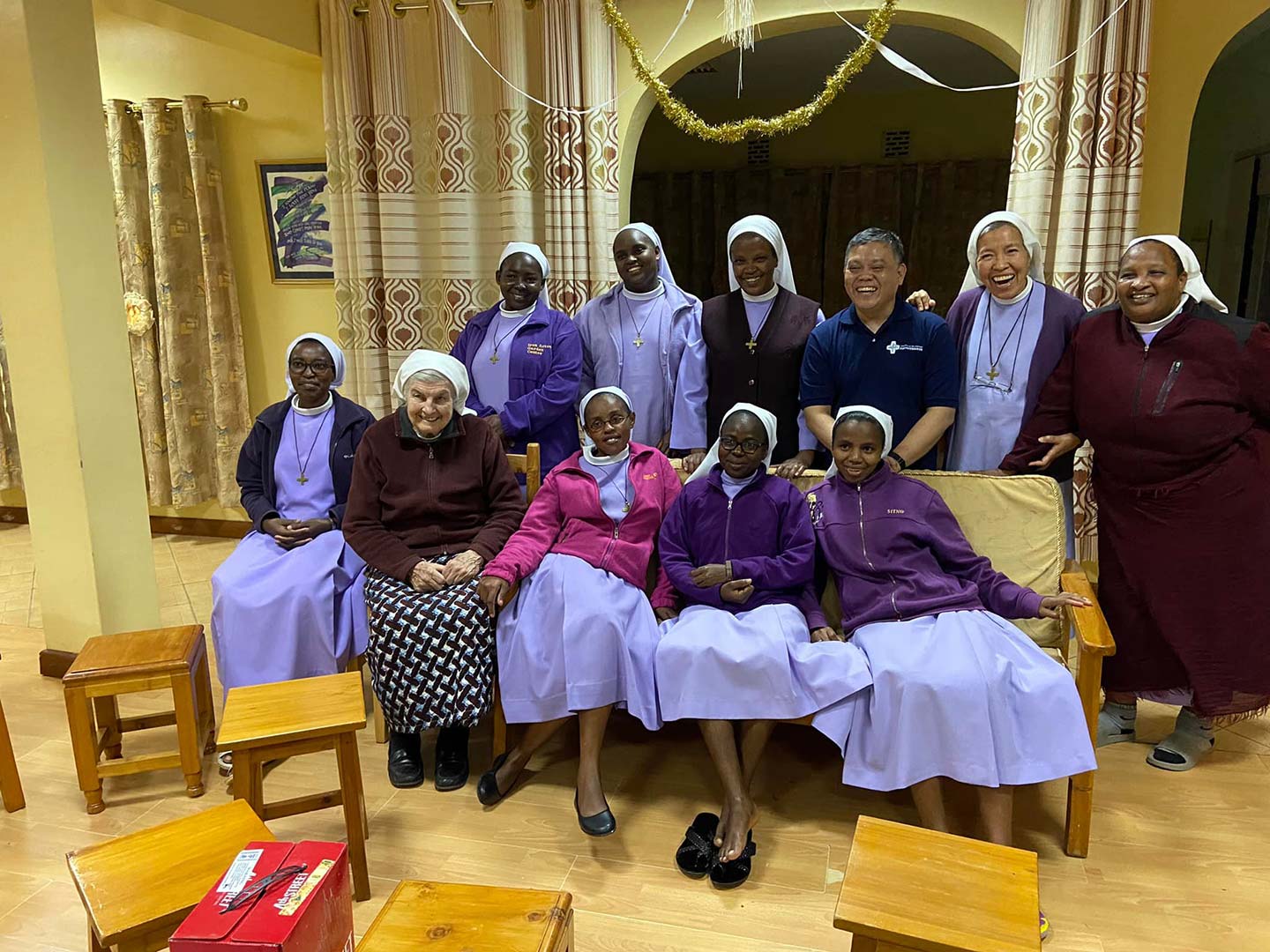 Fr. Luc and Fr. Zachary picked me up from Nairobi International Airport the evening of May 17th. On our way to St. Monica Parish community, I felt a bit disoriented because I thought we were driving on the wrong lane. It was only then that I realized that people here are driving on the opposite side of the road!

Whenever we visit places I always felt that the approaching vehicle would hit us head on because my orientation was still the US driving direction. We tried to avoid traffic hours when a single lane could become three lanes when public buses, matatu (passenger vans), and other vehicles would try to overtake each other! Added to that situation, one has to be careful and mindful of pedestrians crossing the road! – people, cattle, or goats! (not in that order)

During my 4 days’ visit in Nairobi, I stayed with the brothers at St. Monica Parish Niiru. It is a big parish with a population as big as the whole town of Sturbridge! It has 15 Masses on Sundays three at the main church and the rest at the 4 outstations. I would have wanted to participate in one of the Sunday Masses in the parish but I had to leave early for my flight to Kampala. The brothers told me that there could be around 500 to 600 persons for every Masses. It has a school attached to it with more than a thousand students! Fr. Zachary is the director of the school.

Fr. Luc and Fr. Emmanuel were the ones who brought me to the different missions of our brothers here in Nairobi. We visited the postulancy house which is connected to one of the four outstations of St. Monica Parish. This year they are expecting 6 postulants. The chapel for this outstation is twice bigger than St. Anne Church!

We also visited a dispensary tor one of the outstations. Right now it is still awaiting completion and the rooms are still empty. They are expecting the dispensary to be functional by July of this year. This outstation is in an urban poor area of the parish. Some houses have dilapidated structures, most roads are still unpaved and water is noticeably a problem.

We also visited Assumption High School, one of the main apostolate in Nairobi aside from the parish. The school has around 70 boarding students staying in classrooms which were converted into temporary dormitories. Two separate dormitories for boys and girls are being planned for construction. Unfortunately, this year, the school did not reach their enrollment target so the school have to decide on difficult measures. Fr. Benard will be replacing Fr. Luc as the school
director.

We also visited Emmanuel House, the English speaking Center for Formation of our Congregation (CIFA). At the time of our visit, 10 brothers renewed their vows. On May 28th, 6 brothers will profess perpetual vows, and on June 10th, three will be ordained priests and 6 will be ordained deacons. This formation house is our connection to the East African Assumptionist foundation where our North American brothers served – Richard Brunele, Alexis Babineau, Oliver Blanchette, Gilles Bluoin, and Luc Martel. In most of my conversations with them, they expressed how grateful they are with the continuing assistance of our province in support of their formation. Emmanuel and I visited the Catholic University of East Africa (CUEA) where Luc served as Treasurer for around 10 years. We also visited Tangaza College where Emmanuel teaches scripture courses. We also passed by the postulancy house of the Orantes, located inside the CUEA campus, and then had Mass and dinner at the RA Community in Tangaza upon the invitation of Sr. Vicenta, RA, the former RA Provincial of the Philippine Province who has been assigned here for some years now.

In my visits to the communities, I noticed that they have gardens which are sources for their fruits and vegetables. They have plenty of avocados and bananas which are much better and obviously sweeter than the “green bananas” we buy from groceries. Some raise rabbits and most raise chickens as a source for their meat. Community life is so simple and almost all the brothers are involved in their ministries.

In one of the outstations, someone described me as “other mzungu” (the other white man)! On board my flight to Uganda, the young African seated next to me thought that I was Chinese! He began to speak to me in Chinese and he shared to me that he was studying in China for some years now.

Four days in Nairobi is just too short but it gave me a glimpse of what they do here. I was happy I visited Nairobi before our CEC meetings in Kampala. I could say that it is a growing mission worthy of our continuous support. 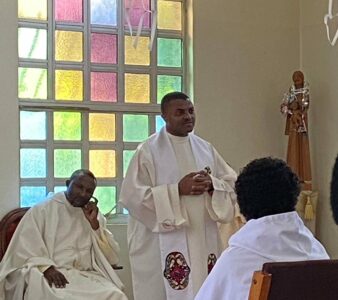 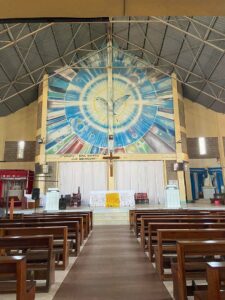 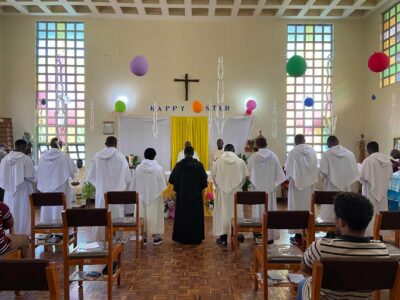 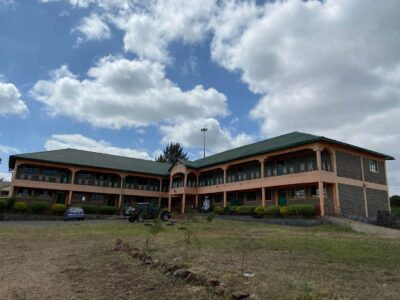 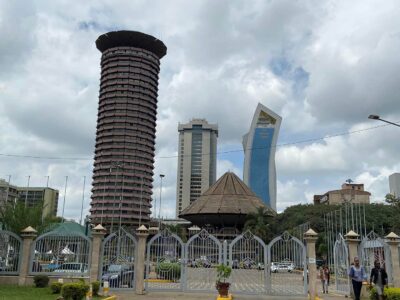 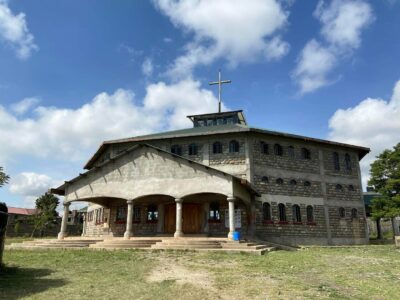 previousCongratulations to Fr. Simon Njuguna!
nextWe Celebrate Our Religious of the Assumption