Homily at the Funeral for Fr. Jerome Lively, A.A. 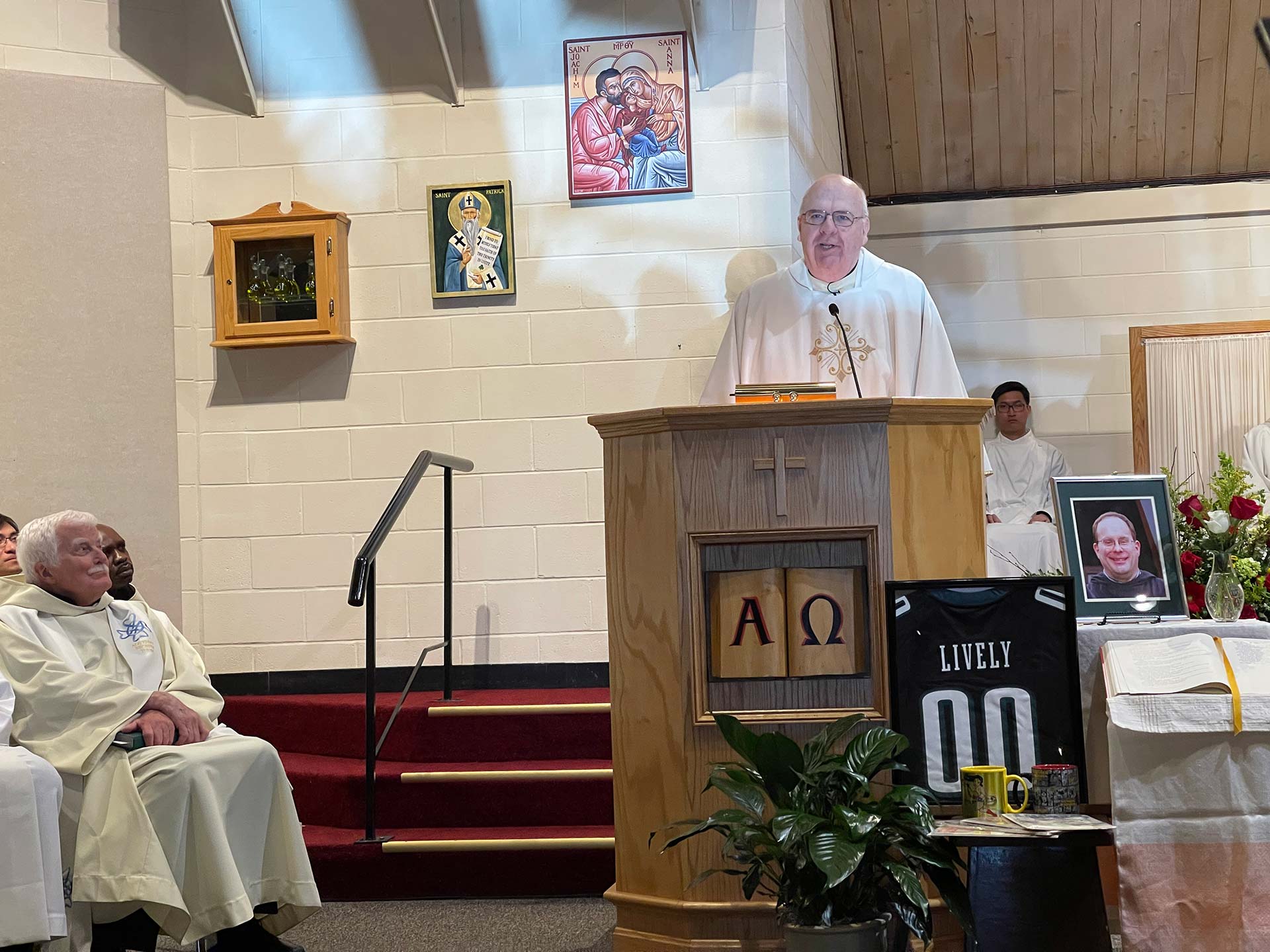 Jerome had a scholarly interest in eschatology. Eschatology is that branch of theology that deals with what we call the Last Things: death, judgment, and the afterlife.

There were signs that this was not just an academic interest for Jerome. For one thing, he was the only one in our community who insisted on celebrating, not his birthday, but his baptism day. We thought he was a bit of a weirdo. No, not really. We did well to pay heed. The rest of us make a big deal out of the day we came bouncing into the world. (For me, that was yesterday, and I was thinking all week how Jerome was taking revenge on his novice master by upstaging my birthday.) And while it is a big deal that each of us came bouncing into the world, it is really a much bigger deal to celebrate the day on which God took up residence in us and gave us a share in that life – God’s eternal life – that is no longer shadowed by death. No longer shadowed by death.

I say this somewhat tongue in cheek, but I wondered, too, if Jerome was attracted to the eternal things by one of the principal biblical images for life in heaven, the image of a great banquet. A great banquet, as the prophet Isaiah describes in another passage, with fine wines and prime cuts of meat. I would want to add, again with tongue in cheek, a rich, creamy pasta and a good Scotch, two of Jerome’s favorite things. The food and drink, of course, were pointing to the deeper yearning for blessed communion and the overcoming of isolation which mark the Kingdom of God.

There was another sign. The one expression that occurred most frequently in Jerome’s homilies, taken actually from the first reading this morning, is “when every tear will be wiped away.” When every tear will be wiped away. It’s fair to say that Jerome was not only giving voice to the truth of the Scriptures, but touching something real in himself. Where did this come from in Jerome, this disposition toward eternal life, this desire for the making right of things in the destiny promised to us and to Jerome by God? What made this more than an academic interest?

I may be on shaky grounds here, but let me offer this. Jerome suffered a great loss at a young age. He was not quick to speak about it, but how does a boy come to terms with the death of his mother? How does one absorb this kind of body blow? Somehow this mortal life must seem less safe, more threatened when something like this happens at such a vulnerable point in one’s life. It is this mortal life that Christ came to heal and to save, and it is Christ who was the foundation of Jerome’s hope in the midst of a fragile world. And so the great affirmation of St. Paul in our second reading: “I consider that the sufferings of this life are as nothing compared to the glory to be revealed for us.” I do not intend these observations to remain simply on the level of a psychological explanation. All of us have enough experience of loss to know that the precariousness of life is a permanent truth of our condition. Life is fragile. But Jerome’s loss, it seems to me, disposed him to take very seriously the revelation given in the Scriptures that death is not the last word, but opens up to life eternal.

The way in which this worked itself out in Jerome’s life, as it does in all of our lives as Christians, is what I would call the itinerary of freedom. We are all called to grow in interior freedom. The season of Lent, just begun, is a kind of microcosm of the Christian life as a whole, and the challenge it sets before us is to free ourselves day by day, with help of God’s grace, from whatever it is, including our fears, that cause us to cling more than we should to this passing world. This road to greater interior freedom is rarely a straight line and is never simply easy. It is fraught with struggle, as St. Paul’s groaning suggests in our second reading. Sometimes it is part of the landscape of life that the kind of suffering that Jerome was forced to endure during these last months, through the mysterious design of God, is the crucible that allows a person to let go of anger and fear and surrender to the God in whom he had placed his hope. This appears to be true for Jerome.

Let me say two last things, of a homelier sort. The first is something that many of you mentioned when you came in to the wake service last night. Jerome grew to be a very good homilist. I would say this was not the case in his earlier years as a priest, when his homilies tended to be overly academic and a bit leaden. But he got much better. What’s the significance of this? Jerome was a teacher, that was always his first instinct. But homilies are not just a teaching mechanism. A good homily somehow needs to reflect the integration that has taken place in the homilist which includes both the personal encounter the homilist has had with the Word that he preaches, along with a sensitivity to the pastoral needs of those to whom he is speaking. The most encouraging thing that can be said to a homilist is, “I felt as though you were speaking directly to me.” Jerome had learned how to speak to his flock in this way. I also have heard that he was a good confessor. Some of the same qualities come into play here: the ability to listen, to really listen, to the penitent before you and to find words that give expression to God’s mercy and touch the heart. Both of these indicate that, wherever Jerome was in his growth toward interior freedom, he did in fact gain greater integration in his life as a religious and as a priest.

My last word echoes something that Fr. John said about Jerome at the end of the wake service last night. The word that has stayed with me all week is the word “belonging.” What makes this loss an especially tough one is that Jerome was one of us, he was very much part of the family. He was not going anywhere. He had no other fish to fry. He knew our warts and our limitations, and he wasn’t reluctant to call attention to them. But he was one of us, a brother. I think that’s the most important thing that we Assumptionists can say about Jerome: he was a good brother to us.

So, what shall we say by way of conclusion. We thank God for the gift of Jerome’s life, even as we might dearly wish it had been longer. We are confident that because he had placed his hope in Jesus Christ, the eternal life that he so desired will be his, and that whatever stands in the way of that will be subject to the overwhelming mercy of God. 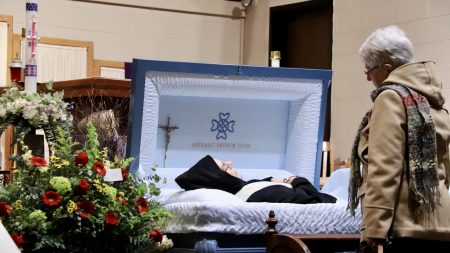 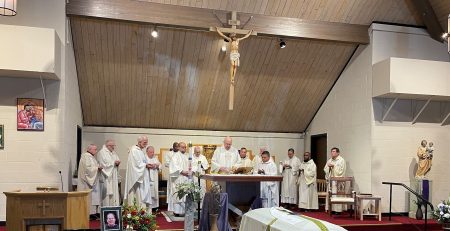 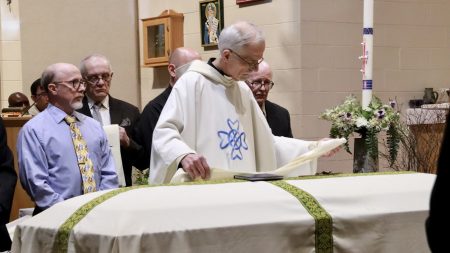 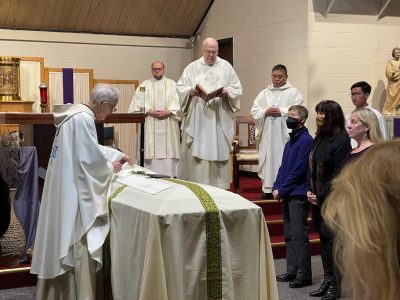 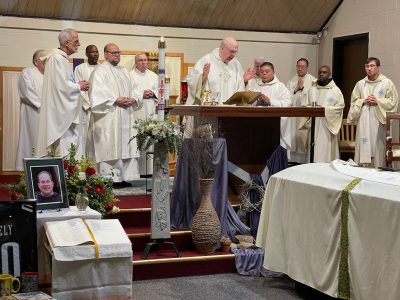 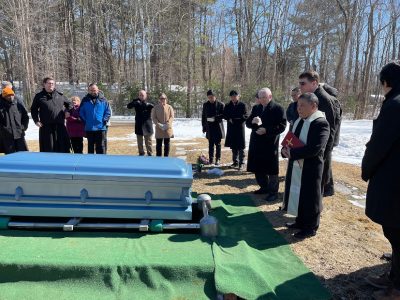 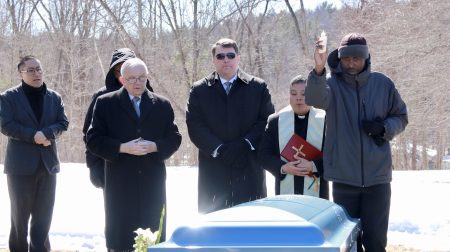 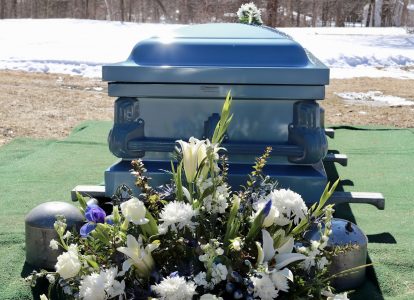 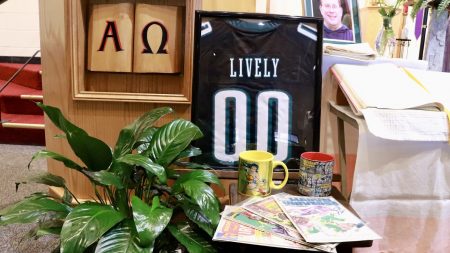