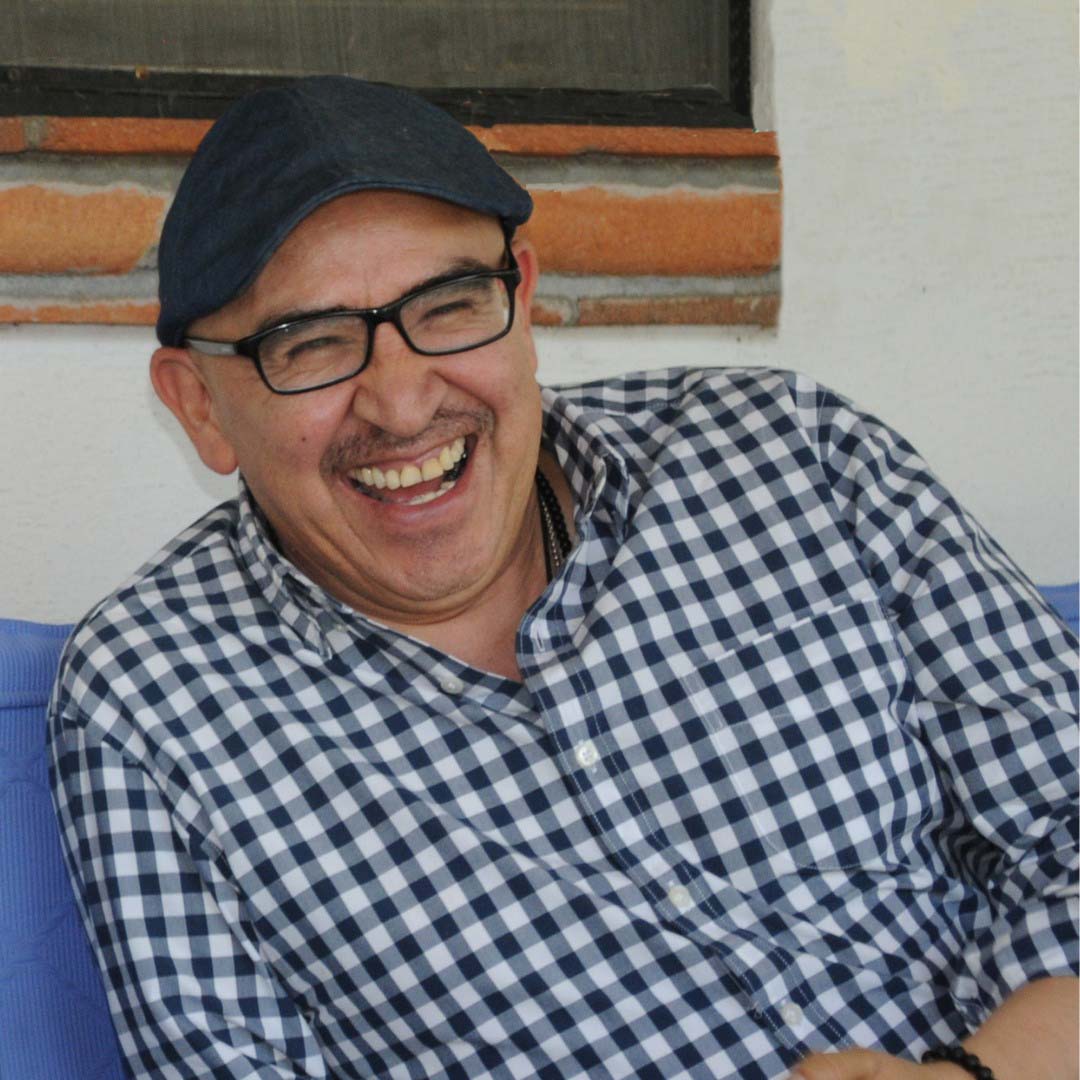 I am Fr. Flavio Bustos Castillo, priest of the Empress of America since July 2012. I am an Assumptionist religious of the congregation of the Augustine of the Assumption. I was born in the Sierra Norte de Puebla, in Huauchinango, Puebla. I was the last child of four siblings.

As a child, I was very restless and looked for answers that made me understand life and people. I liked to study and read, and from a very young age, I was shocked by the existentialist philosophers and the great writer Herman Hesse, who were my guides in this search.

My family were believers and had great openness to providing the atmosphere this free and rebellious spirit needed.

I met Jesus very late, despite being baptized as a boy by my parents. My experience with God was fundamental, for me it was an experience that went beyond traditions and concepts about Him. God was someone close that was with me and showed me the way of what I needed to do. That’s how I experienced him.

When I was young I collaborated in different instances to help people, either as a teacher or as an advisor to social projects. This is how I got involved with several peasants and indigenous communities in Mexico. My spare time—and more—was for these communities that shaped my way of being.

A missionary experience in Xico, the State of Mexico, made me rethink what I wanted out of life. I was thinking about becoming a monk and wanted to be a Benedictine. But after being close to three years with them, I wasn’t accepted for being so restless. Through magazines, I learned about the Augustinians of the Assumption. I met them; I read the founding father—Emmanuel D’Alzon—and I was captivated. And I stayed with them.

Being a student, I studied for an ecclesiastic bachelor’s degree in Spirituality at the Pontifical University of Mexico, in addition to having a master’s degree in Gestalt psychotherapy and having plunged into several psychological disciplines.

The accompaniment of the fathers Francisco Domínguez, Leonardo Larocque, and Camilo Thibault contributed a lot to my learning to be an Assumptionist religious. From my charisma and as a religious, I have realized that we are all part of the Kingdom of God and that it is a passion for me to be able to accompany people to discover the greatness of the Kingdom in our lives.

Since I entered the Assumption I intended to be a religious brother and I never imagined God’s surprise, because he wanted me to be a priest. I was Ordained in 2003 at this Empress Parish.

In the congregation, I have served various roles: local economist, trainer, and communities supervisor… And I am currently Mexican Regional Superior. I have been a priest in San Andreas Totoltepec and the Empress. I served my archdiocese church as a Senator and Dean for several years.

I am faithful to religious charisma, loving our Lord Jesus Christ—for He is central in my life—, loving the Virgin Mary and my Church. It certainly sounds like a cliché we repeat, but in personally living this I have experienced several personal conversions. My life is, being at your service for the love of our Lord Jesus Christ.